TELBRU FT defeated BIBD SRC FT 3-2 in an tightly contested encounter during their first round match of the DST FA Cup last night.

A brace from Muhamad Najib Hj Awg Tuah was the difference in the victory for TelBru FT at the Balapan Track and Field of the Hassanal Bolkiah National Sports Complex, despite them trailing 1-0 at the end of the first half.

Mohd Syarafudin Ahmad scored the other goal for TelBru FT.

Ak Md Khairul Anwar Pg Md salleh scored his own brace for BIBD SRC FT, including a penalty in the final minute of the first half.

TelBru FT will play Savilla FC in the second round on Nov 5.

TelBru FT manager Abdullah Hj Raini told The Brunei Times that they were unlucky to concede the penalty in the first half.

“The penalty shouldn’t have been given because the extra time was already over,” he said.

The second half of the game saw Mohd Syarafudin score the equaliser for the eventual winners in the second minute.

Muhamad Najib added the second goal for TelBru FT in the 53rd minute.

BIBD SRC would make it 2-2 after Ak Md Khairul Anwar drilled the ball into the back of the net when he was left unmarked outside the penalty box in the 57th minute.

The two teams picked up the intensity on both ends of the field in search for a winner but it was TelBru FT who broke the deadlock after Muhd Najib scored the winning goal in the 78th minute.

“After we conceded the second goal, we told the players to focus on maintaining ball possession and to avoid making careless passes,” said Abdullah.

“The players started to find their rhythm and we managed to grab the third goal.

“The winning goal was crucial in boosting the team’s confidence and the players were able to maintain the scoreline until the final whistle was blown,” said the manager. 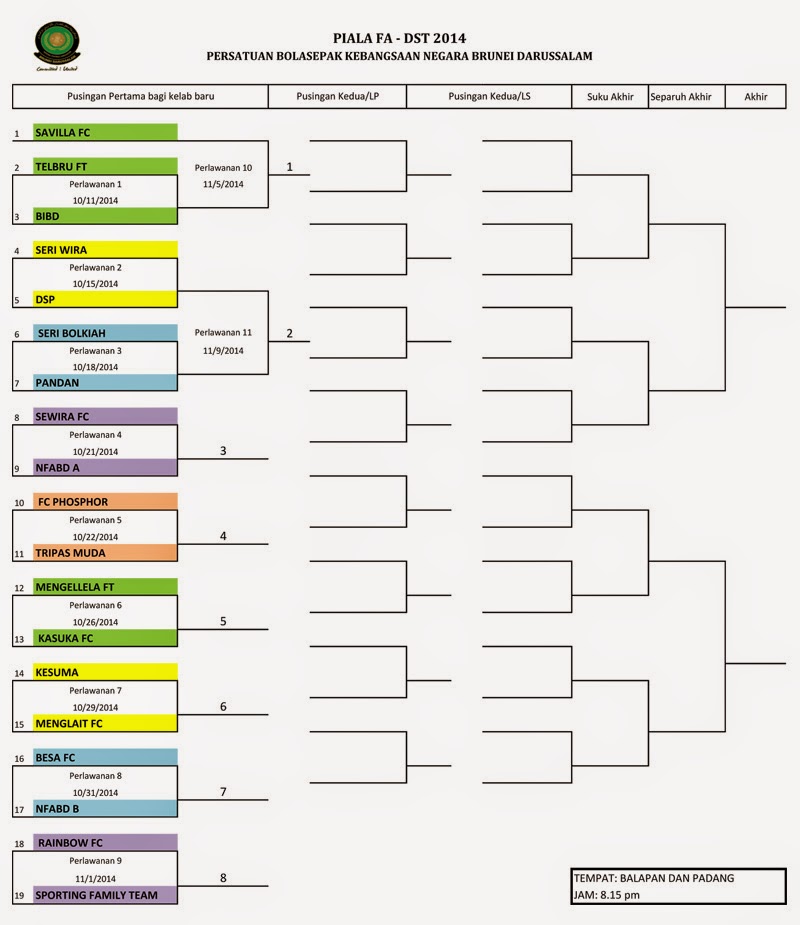